Pennsic has been repeatedly delayed due to the pandemic, but after three long years of waiting, it’s finally back on!

If you (or your children) are interested in participating in youth combat at Pennsic, visit the Pennsic YC mini-site for the schedule and on-site updates.

At Pennsic, there will be a collegium for marshals and marshals-in-training held on Monday, August 8  — if you’re a youth combat marshal, or would like to join our ranks and build the Known World’s youth combat program for the next generation, join us! 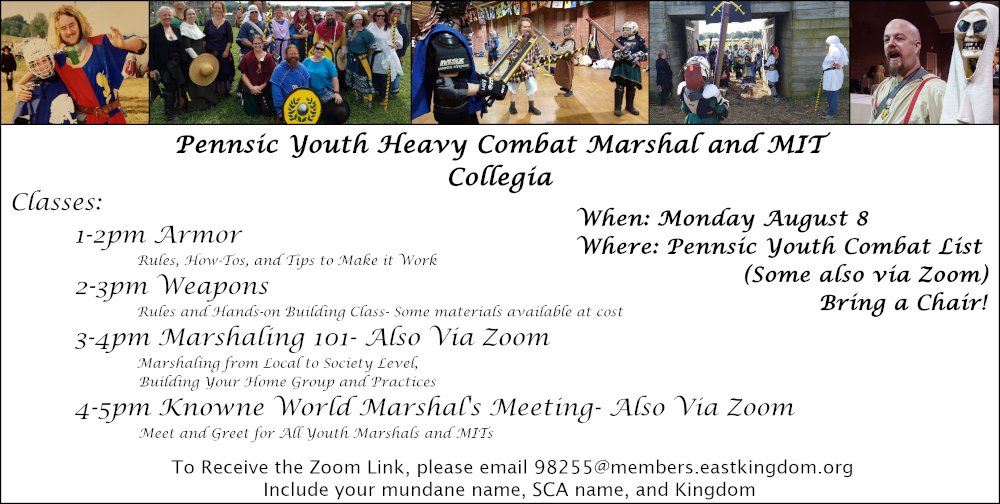 Things are still a ways of from getting back to normal, so it’s not surprising that we didn’t have a big turnout for youth combat at Hundred Minutes War this year, but it was still nice to get a chance to haul the gear out of storage and spend a day in the sunlight.

We headed over to the Shire of Rusted Woodlands last week for what is generally the last outdoor fighting of the youth combat season, at the Hundred Minutes War.

We had a small turnout, with fighters of very different ages and experience levels, but they did a great job of cooperating to make the matchups work.

Over a dozen youth fighters turned out at Fall Coronation in the Shire of Montevale. 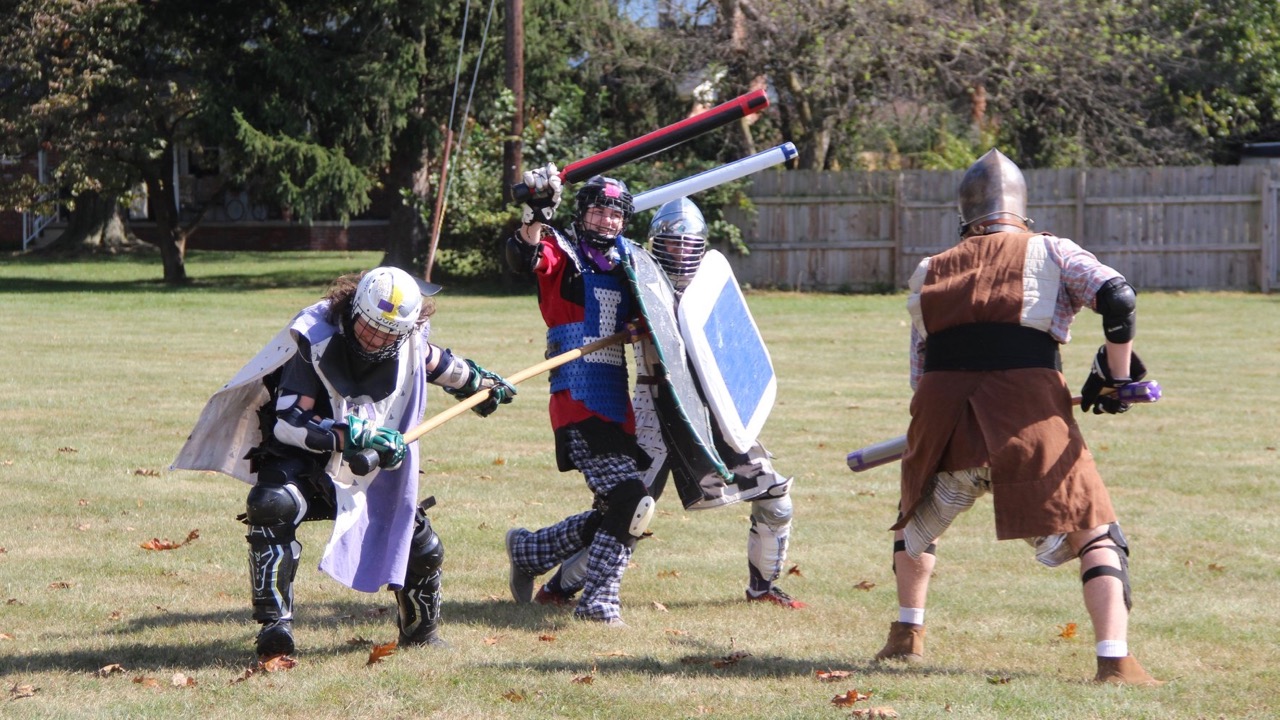 We headed out to Settmour Swamp last weekend to support youth combat at Ducal Challenge. This was the first time YC was offered at the event, and while we only had a handful of kids, it was a lovely day. They set up the youth lists in a shady corner of the site and the kids had a blast.

We returned to a lovely site in Putnam County for the third year of Blood and Axes.

On June 8, we drove up to the Shire of Glen Linn to demonstrate Society youth combat at a medieval-themed Girl Scout Jamboree.

Hundreds of girl scouts came by during the day, first watching a demonstration of adult armored combat, than of youth combat, and finally taking turns doing a bit of sword practice against a target pell.

The kids seemed to enjoy it, especially the pell practice — after the event I found that there were a dozen of our foam-padded weapons that needed repair because the girls had been so wild with them that they had torn the tape or split the foam! 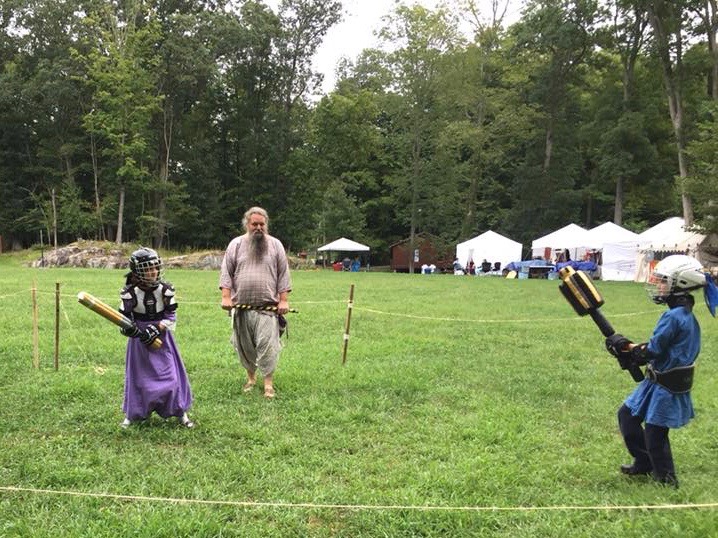 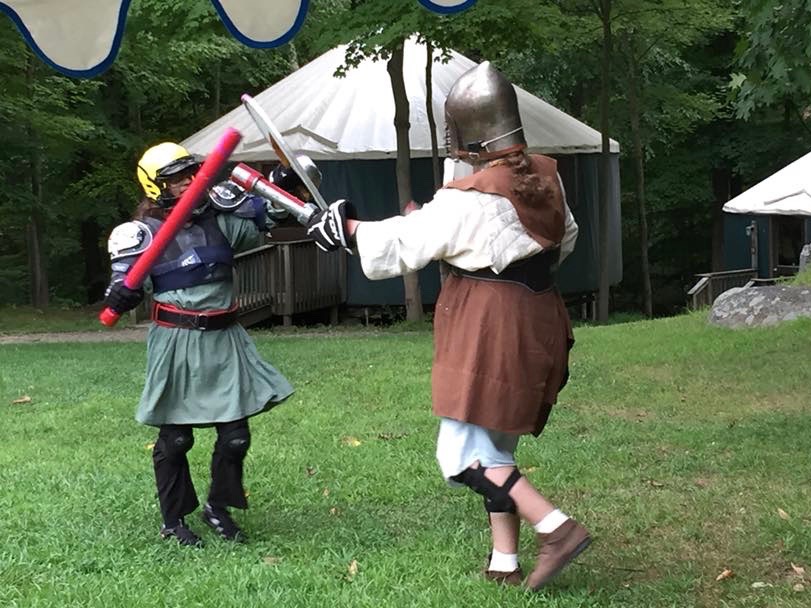 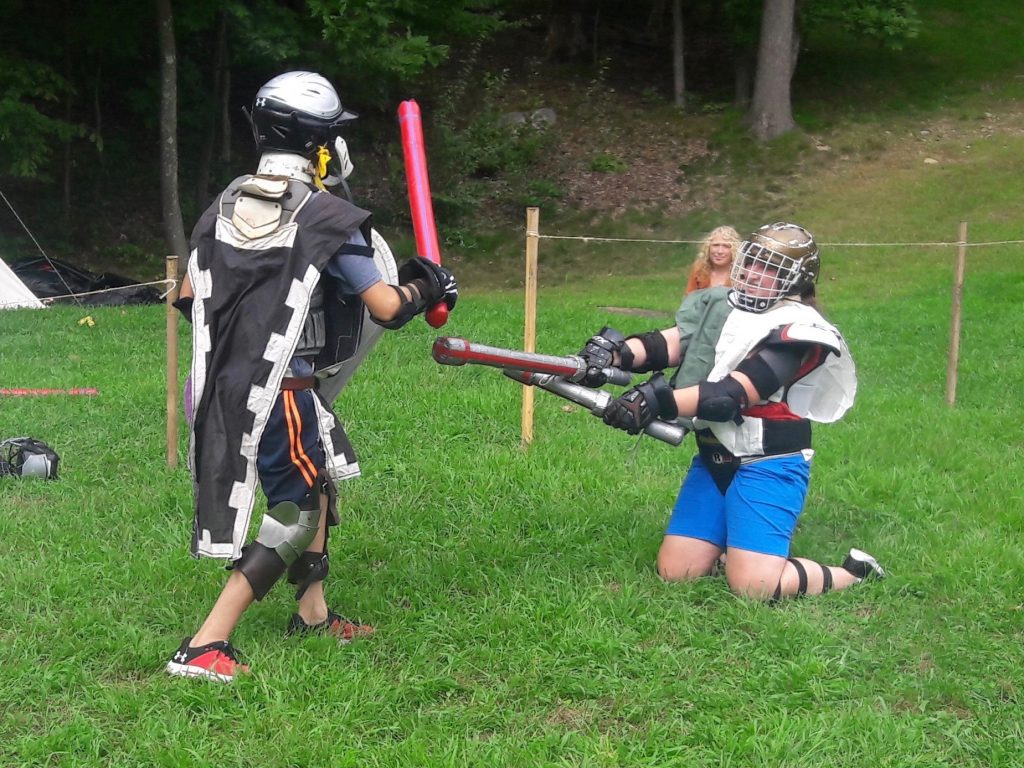 It was another great year of youth combat at Pennsic, with even more kids participating than last year. For more than a week straight, nearly every day had three sessions of youth combat in the morning, the afternoon, and the evening.

The Known World Baronial Youth Champions tourney was a particular highlight, with dozens of champions of youth combat representing baronies from numerous kingdoms.

And as always, the week culminated in the massive castle battle with all three age divisions fighting scenarios at the gate, sally port, and tower. 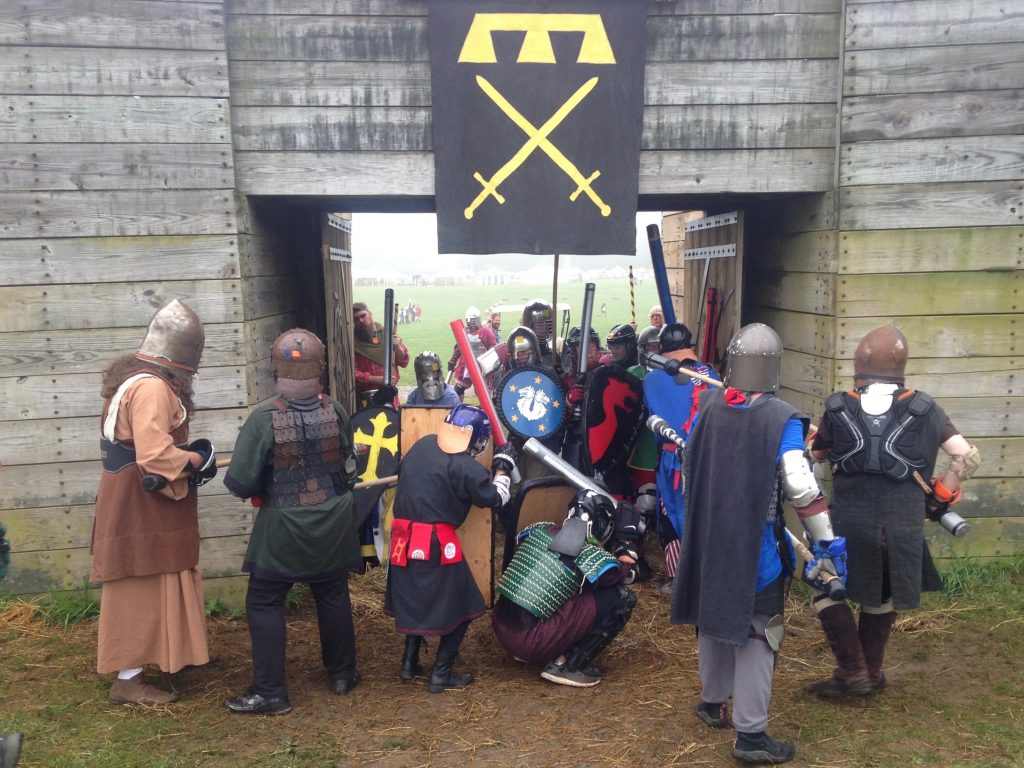 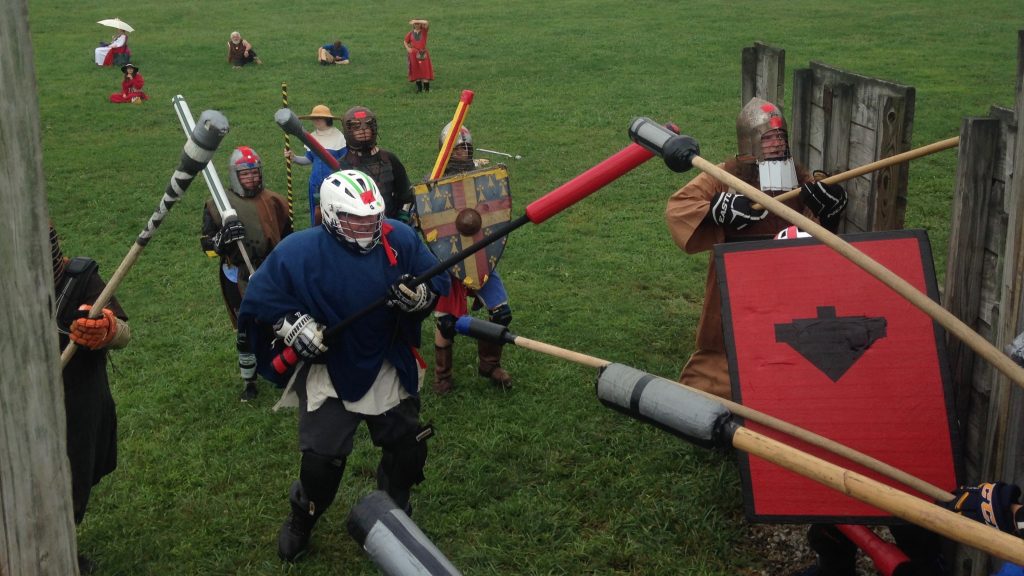 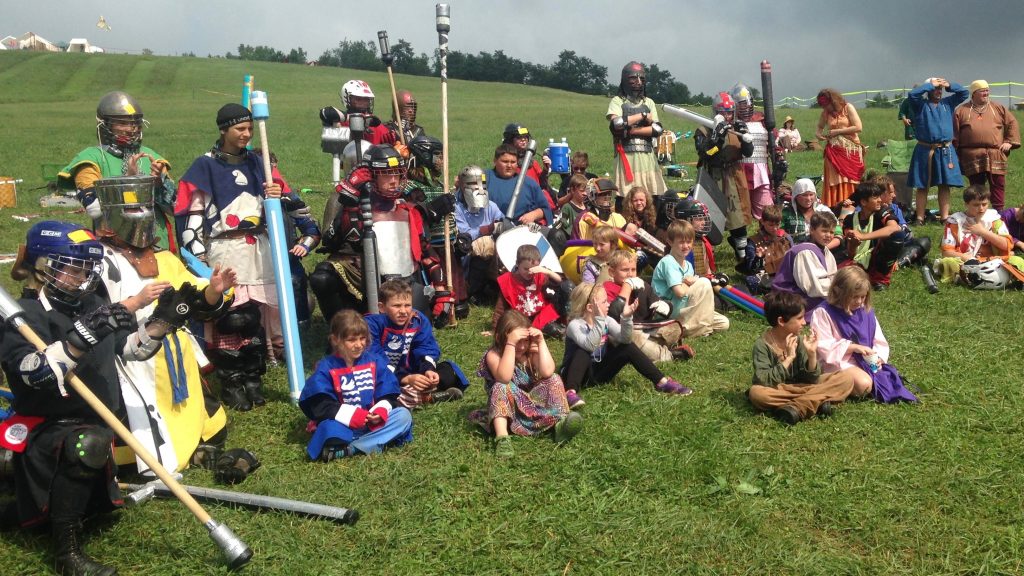